The Second Most Frequent Question I Get Asked

Start-up Fables No. 2: My Little Unicorn

Start-up Fables No. 1: The Two Hunters

Once upon a time, in a world quite unlike our own, there were two hunters called Rabbie and Ellie. The hunters lived alone, each in a home next door to each other. The next nearest person lived a hundred miles away.

In this world animals were plentiful, and hunters ate meat – as this world is quite unlike ours, we can debate whether they should have been vegetarian another time. This is, after all, a fable.

Being hunters, the two neighbours went hunting every day. They carried their weapons out in the open fields and forests and spent the day in pursuit of their quarry. Rabbie had a taste for Wabbits and the Ellie had a taste for Ellipants, so the two hunters rarely, if ever, saw each other during the day.

Each evening the hunters returned to their homes.

Most days Rabbie came home with a Wabbit in the bag, and so most days had something to eat. Wabbits were all around and bred like… well you get the idea. Rabbie bagged a Wabbit most days, which made just one main meal, and Rabbie didn’t have a freezer.

On the rare days when Rabbie missed, well these were days without a main meal. Rabbie had plenty of practice and rarely missed.

Most days Ellie came home with nothing. A little thinner from a lot of walking and definitely hungry. Thankfully Ellie had a freezer (or maybe two) and each Ellipant was carefully portioned up and would last a year.

This was a good thing, because it took Ellie about a year to bag an Ellipant. For some reason, though large, they were elusive and hard to find. And they always looked closer than they actually were. Ellie missed often, and got little practice, so each attempt had to count.

The hunters lived happily for the rest of their days, Rabbie catching Wabbits most days and Ellie catching Ellipants once a year.

Until that is, Ellie missed an important target and starved to death.

Moral: It is better to eat for a day most days than a year most years.

No rabbits, wabbits,  elephants or ellipants were harmed in the making of this fable.

Start-up Fables No. 2: My Little Unicorn 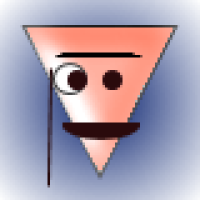 Stuart's first twenty working years were spent in the IT industry in the UK and USA. His first start-up experience with a British software company which exited twice – a trade sale in both cases. He went on to form several other IT service companies and has been directly involved in early stage companies ever since.

He has managed investment in a London based family office and has worked in an FSA regulated brokerage & fund management business investing in pre-IPO companies, particularly AIM. During this time Stuart was involved in 4 flotations and a trade sale as exits for investors.

Most recently, Stuart founded an advisory company for early stage technology businesses to enable them to grow and achieve their potential through great management, a focussed go-to-market strategy and sufficient funding to achieve their goals. This often includes hands-on involvement in the formative stage of the business.

Stuart has served as an non-executive director of a wide range of companies from start-ups to AIM listed and has also been a trustee of a charity.